When Baden Powell’s idea of scouting first reached Polish youth in 1909, Poland wasn’t even on the map having been under Russian, Prussian and Austrian occupation for over 100 years. When Poland was reborn as a nation in 1918 after World War I, scouts and guides formed Związek Harcerstwa Polskiego (ZHP) - the Polish Scouting Association.

Our history outside Poland continued when the Chief Scout Dr Michael Grażynski managed to reach Paris after Poland was invaded and occupied by the Germans and Soviets in 1939. With other pre-war leaders, he continued the work of the organisation wherever there were leaders to offer Polish children the scouting tradition.

After the war, as the Communist system was established in Poland, thousands of Poles in the West opted to renounce their homeland rather than support the Communist regime. Scouting and guiding units were first established in London, Edinburgh and Glasgow in 1943 and more units were formed in Polish resettlement camps, then in towns and cities around the UK as Polish people found work and settled here. For many of the young people, who had been through deportations and atrocious conditions, often losing their families, Polish Scouting became like a substitute family helping them to find their feet in foreign lands. Our organisation continued the work of ZHP, maintaining its independence but working abroad and was formally re-constituted in1946. It has a presence in Australia, Argentina, Canada, France, Ireland, the USA and the UK.

Meanwhile in Poland, the communist government created a youth organisation with communist ideals under the auspices of ZHP. It was therefore expelled from the world scout organisations WAGGGS and WOSM, only to be re-accepted when it returned to the scouting promise after Poland regained its independence in 1989. Other independent scouting organisations were established in Poland at the same time and continue to thrive but are not allied within a federation.

Through the dedicated, hard work of hundreds of volunteer scout and guide leaders, generations of brownies, cubs, guides and scouts have benefited from our scouting programmes which continue to help young people to develop their personal skills and reach their full potential in society.

Polish Scouting Association (UK Region) as it is now known (PSA UK Region), was established in 1968 to continue the work of Polish scouting specifically in the UK. It is responsible for the work of:

It is part of the independent organisation ZHP abroad, which is a continuation of the pre-war ZHP and is known in English as the Polish Scouting Association (International).

There are Senior Branches in areas of London.

Friends of Polish Scouting circles include the parents of Scouts and Guides as well as supporters of the Movement. Members help with logistics and arrange organisational and financial support for units and districts as well as for the work of their leaders and instructors. Circles are active throughout the UK.

PSA UK Region operate two scout centres: Wye Valley Woodside Centre in St. Briavels, Gloucestershire and Polish Scouting Centre in Fenton, Lincolnshire are owned by the Association. Our facilities are regularly used by other scouting and youth groups throughout the UK.
View our Scout Houses 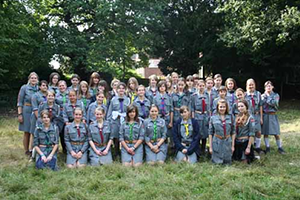 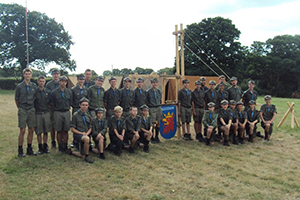 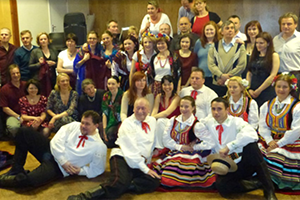